Life is not a Game of Chance or Luck

Life is not a Game of Chance or Luck

I vividly remember two of my campus lecturers. One common thing about them is that they did not believe in God. They tried very hard to put down Christians by publicly declaring during their lecture sessions how it was foolish to depend on a God while all one is expected to do in life is to work hard and play your cards well. One particularly told of his story of working very hard in life because he came from an impoverished family. From his story, luck had a way of rewarding good efforts. He explained how he would raise his primary and secondary school education school fees all by himself. He passed well and traveled to Britain for his university education. These two lecturers saw God as detached from anything going on on earth. They even argued that He did not exist. I felt sad for them because I knew they were unhappy with life despite their achievements. They argued a lot about Christianity, trying to put down Christians, but they did not have a piece of particular valid evidence for their arguments. I felt that they were blaming God instead of reaching out to Him.

God is Fully in Control of the World

The Epicurean philosophers denied that God made the world. They said that the world owed its being to a coincidental concourse of atoms. However, when we read the Bible, we see that God through Christ made the world and all things therein. Therefore, He is

the Lord of heaven and earth. Consequently, He is the One who supports them in their living and is in charge of all creatures in them. He governs and provides for all creation. Adam sprung a race of men, which multiplied on the face of the earth before the flood. These being destroyed by the flood and Noah and his family saved, his descendants were then scattered all over the planet. The account of Adam and Noah is opposed to the fabulous accounts of the Heathens: that men at first grew up out of the earth, were formed of stones or after the flood, which Deucalion and Prometheus threw over their heads. The Athenians also boasted that they sprung out of the earth, which Diogenes ridiculed as common with mice and worms.

God created the world, and it is Him who determines how long the world he has made will continue. He created the several distinct periods, ages, and generations, the seasons of the year. Seed time and harvest, cold and heat, summer and winter and day and night. Similarly, he also determines every man’s life’s several years, months and days. No one can come into the world sooner or later than His appointed time. It is God who also determines the particular country, city, town, and spot of ground where man shall dwell and how long he shall live there. He can decide to move a man to another place or remove him by death.

In Acts 17:24, Paul described God as not being far from each of us. If we look for Him, we find Him. But when we remain unaware of His presence, we fail to realize how near He is. God reveals Himself to those who seek Him. He is not only living inside us, we are also living inside Him. God has made us in a way that we cannot correctly define ourselves without being in a relationship with Him. He does not live in temples made with human hands or other edifices built by man. God is neither fixed nor limited. He dwells in temples that are not man-made, such as in the hearts of His people, through Jesus Christ. People are the temples of the Holy Ghost. We should not see as if God is limited, circumscribed, and included within the bounds of a shrine or temple. He is in us, and with us everywhere we go. Men, by worshipping God, do not give anything to Him that can be of any use or service to him. God is all-sufficient and needs nothing. Everyone that has life and breath has them from God.

Understanding God’s sovereignty means that we must be humble before God and surrender to Him completely. We must seek Him for Him to reveal Himself to us personally. We will then see our lives transformed because of being aware of His presence. Jacob only knew the God of his father and grandfather. Because of that distant relationship with God, he lived a life of Chance and Luck. Jacob stole his brother’s birthright and played tricks on his father-in-law. He strived to survive through life and become rich using his own strength. His life completely changed when he had a personal encounter with God, Genesis (32:22–32). Men can find God, for we can see the attributes of God in the works of creation and His provision. God has made all things through Jesus Christ. He is omnipresent and all who sincerely seek Him find Him.

What is your story?

Do a DBS of ‘What life is not in a small DBS group.’

Joy Minayo is a disciple maker in the Activate Kenya community, she enjoys using media, writting blogs to reach the unreached 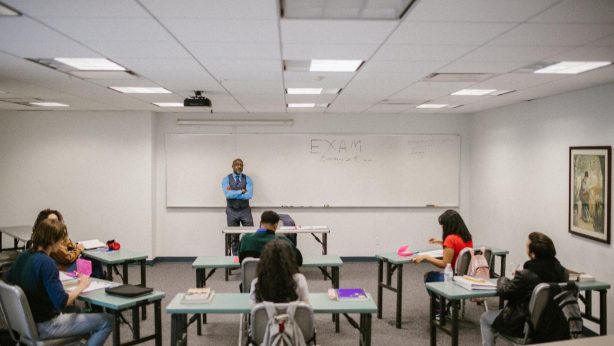