In today’s world, especially in majority of the Christian nations, it has become a culture for anyone and everyone to identify themselves as Christians. Everybody is “saved” and calls Jesus, Lord. Going to church and celebrating Christmas has become the way of becoming a Christian.  However, a closer look at these so-called Christians tells a different story. They are converts who are far from being called Christians.

Christians are part of God’s Kingdom where God reigns supreme and Christ is King. This Kingdom has unbreakable principles which govern its citizens. Non-believers are not part of this Kingdom and don’t ascribe to its values because they are members of another kingdom in which sin is the master and lawlessness is the order of the day. However, once they cross to the Kingdom of the Light, everything changes. The mode of operation changes. From the moment one becomes a Christian by believing and confessing Christ, it marks a new beginning. A beginning of a journey where a person is made to look like Jesus in character and lifestyle. This gradual journey knocks a person into shape and finally, traits of Jesus can be traced in that person.

It is expected that all those who identify with Jesus should act, talk and think like Him. They are meant to be the lights in the world; to be people of integrity; people who can be trusted with money and other people. So, when the opposite happens and these same Christians are accused of unforgiveness, sexual sins, theft, lies and corruption, it becomes hard to reconcile the two. This shows that something somewhere is wrong. Something is wrong with the values they ascribe to. It breaks my heart when the people in the church lead in breaking God’s law, leave alone the laws of the land which they don’t respect. It is disheartening to see those outside the church point fingers at those inside and make very serious allegations against them. At times, Christians are even convicted of serious economic and capital offenses. It is even worse to see that those in jail or those committing immorality used to attend or are still attending church. Were they not told or is it out of ignorance that they ended up like that?

Instead of emphasizing on the Kingdom and the need to live up to its standards as John the Baptist, Jesus, His disciples and the early church did, we have emphasized only on conversion. We stop at conversion as we are excited because people confess Jesus in large numbers. This is good because it adds to those who have already believed. However, it is not good enough because we only get converts who don’t sit through the process of being conformed to the image and likeness of God. In the end, their old habits and lifestyles lord over their new identities in Christ. The reputation of our faith is tarnished because they fall short of biblical standards.

The blame partly can be placed on new believers joining the faith and also on those who led them to Jesus. We have made salvation an event and not a process. The new converts are just like toddlers who need to be oriented and trained on many issues pertaining the new Kingdom. However, in this age of ignorance and where everyone is busy, creating time to learn the patterns of God is no longer a priority to many. What if we went beyond converting unbelievers and commit to systematically teach those joining us to be and do like our Master Jesus?

It is not good enough to have the big numbers. Beyond evangelism, lies the big task of staying through the process of discipleship. You and I can agree on the fact that putting new wine in old wineskins doesn’t end well. It destroys both the wine and wineskin! 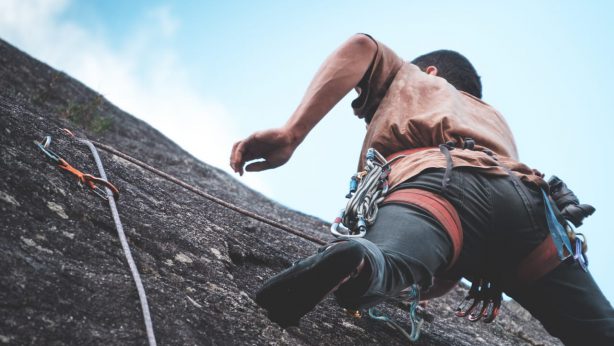 Are you Radical or Nominal? - Part 1

Many of us believers have made comfort and convenience a...