Jesus left the Church with the commission to make disciples (obedient followers) who live out His life everywhere with the aim of influencing the prevailing culture in every nation. Despite the great work that has been recorded in the last 2000 years since Jesus ascended to heaven and sent His followers into all the world, much is yet to be done in seeing “the gospel for every person, a church for every people group and kingdom impact in every society”. The Church seems to be growing numerically but without corresponding impact on the culture within which it exists in most places. The early followers of Jesus were fewer in number but they impacted the greatest empire of that day. Their message was heard and their influence was felt everywhere across the Roman world. Is there something they knew and did which we need to rediscover?

In a world where over two-thirds of the global population are still lost without the Messiah, there is an urgent call to get the Gospel to every single person on the planet, inviting them to follow Jesus in an obedient relationship and sending them out to replicate the same until whole cultures and nations are redeemed to reflect the nature of heaven (Matthew 6:10).

There is no substitute to making disciples and discipling the nations. It is God’s way of fulfilling His redemptive plan for all creation. It is the hope of seeing the nations brought under the influence of God’s kingdom. It is the mandate given to all God’s people. And we are either making disciples or making excuses! There is no third option. Every mature disciple makes and multiplies other disciples in return. Behind every excuse from doing God’s will, there is an idol that is been nurtured and served. God seeks to multiply and sustain what is good and glorious. Disciple Making is the process where ordinary people who are far from God are identified, reached, made to hear God’s word, personally understand what it means, obey it by following what it provides (as disciples) and also teach others to do so.  When done in the pattern that Christ revealed to the apostles, Disciple Making provides an opportunity for reproducing or multiplying a specie of human beings on earth that repossess the image and nature that God originally intended man to display.

This interplay by the word of God, the Holy Spirit, obedient hearts as facilitated by those that are themselves practicing disciple making supernaturally ends up with transformed lives, communities, nations and generations if pursued as a movement.  The focus here is the urgency of reaching those far from God or who have not been reached with the gospel of the Kingdom of God and seeing them become God’s children.

LEAD aims to serve the local church or organizations by joining in its journey towards becoming missional, sharpening its vision to reach communities near and far by transforming an audience into an army through its simple and replicable model of disciple-making.

Outcomes of this training:

Participants to the LEAD Training are going to know how to:

The focus of this training is on the implications of disciple making for mobilising the church to become missional in character and ministry.

Mark Kolo
Mark is the Team Lead of Global Activation. He works from Kenya with a team of passionate young men and women determined to see disciples made for the end-time harvest. 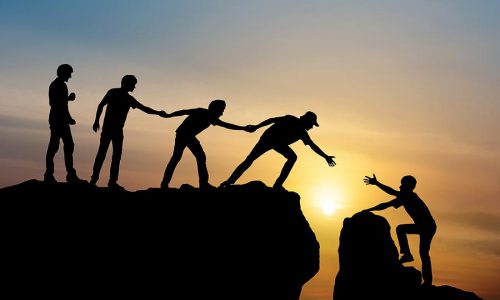